Error: Unable to connect to device

I’ve gone through the trouble shooting guide for “No pixy devices has been detected” http://cmucam.org/projects/cmucam5/wiki/I_get_the_message_“No_Pixy_devices_have_been_detected”_in_PixyMon

When I plug in the pixy to the computer the LED shines with constant light twice for about 1 second. After a few more seonds it flashes quickly before it turns off. When I then hold down the white button the LED doesn’t react.

I attempt to reload the newest firmware onto the pixy by pressing down the white button while connecting it to the computer. The message “Pixy programming state detected” appears in pixyMon and I choose the new firmware. It says in pixymon installing firmware and then the message “Done”. After this however the error is back. It first says pixy detected and then back to unable to detect device.

Is there a firmware/software issue? What could be the problem?

sounds like you may have a defective device. I’ll email you directly.

Sorry but same issue for me…

OK, I’ll be in touch directly!

I’m also facing a similar kind of problem. Please help me out.
Earlier pixy2 cam and PixyMon working well but now i’m facing a problem.
When i’m plugging the pixy2 with USB cable from my laptop, pixy2 will glow the bright red and then white led flash, and after that the led show red-green-blue light with very low intensity. But on PixyMon v2 it shows a black screen and “Unable to connect to device”. 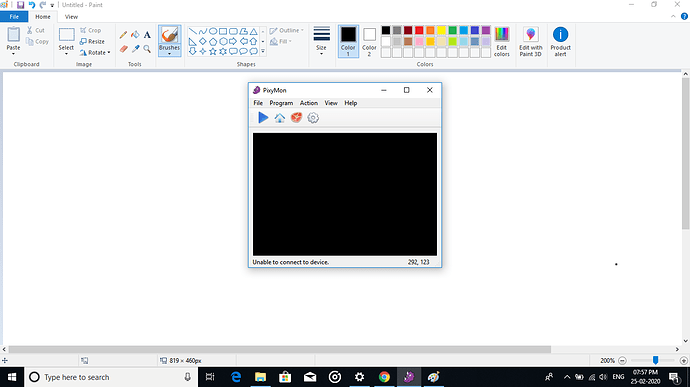 Hello,
Sorry for the problems. It sounds like your Pixy is booting (you description of the LEDs is normal.)

Can you please give this troubleshooting guide a try?

I go through all the process as mentioned in the link given by you.
I also uploaded the firmware version 3.0.14 to pixy 2 but it didn’t workout.
My PixyMon is again showing “Pixy detected” and “error: Unable to connect to device”. 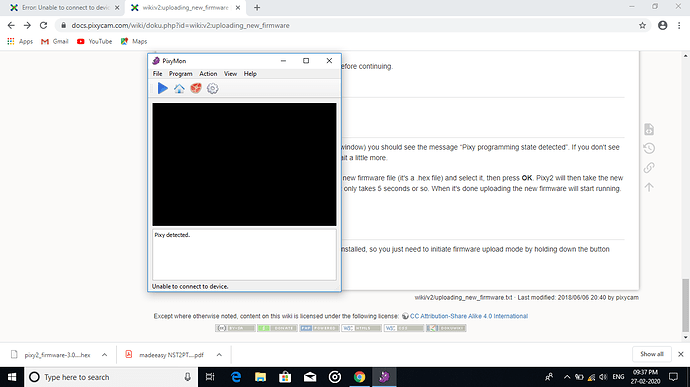 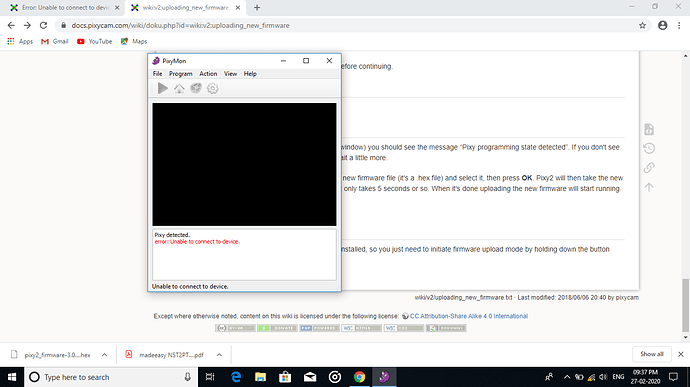 Hi Vivek, I’ll be in touch via email.

May 11 2020. I have the same problem. Have not used for about 3 months, but was working well. I have gone through all the troubleshooting guide as well as reflashed the firmware with 3.0.14. PixyMon is just black. After firmware flash it does say Pixy Detected but also shows a cannot connect message.

I usually connect via a hub, but tried direct to the laptop with same results.

Hey Claude, please see my response to your email. Thanks!